A History of Vehicle Wrapping 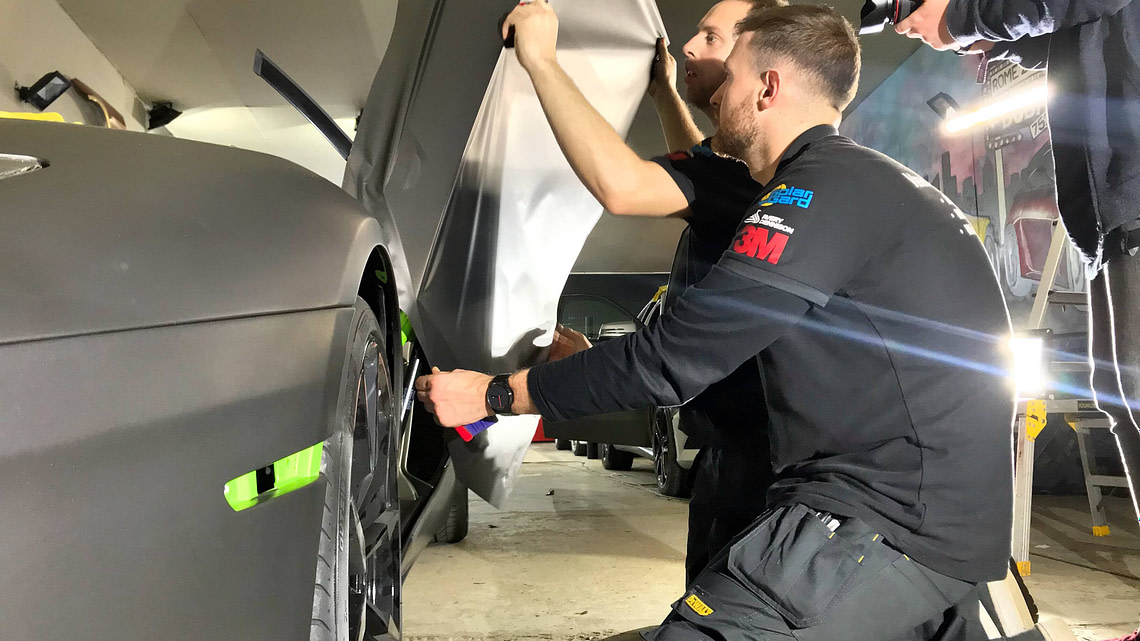 Vehicle wrapping has become increasingly popular in recent years. Still, for a lot of people, it seems to have sprung out of nowhere. If you’re at all interested in vehicle customisation, you might wonder where exactly it comes from.

Well, vehicle wrapping has a much longer history than you might think!

The key component in vinyl wrap, Poly Vinyl Chloride (PVC), was initially discovered in 1872 by Eugen Baumann, a German chemist. He never applied for a patent, so the chemical wasn’t well known. In the early 1900s, another German chemist, Friedrich Klatte, found a new, more straightforward method to create PVC. He did patent it, and that’s where development began.

In the late 1920s, an engineer for an American manufacturing firm called The Goodrich Company developed a method that made PVC into a plastic film that could bond to metal. Sound familiar?

Despite this development, it wasn’t until the ‘Mad Men’-era advertising boom in the 1950s when the more prominent firms started to use vinyl wrap for advertising on cars, lorries and vans. However, it was still prohibitively expensive for smaller companies.

Manufacturing innovation in the 1980s suddenly made vinyl wrap all the more accessible for smaller companies too. However, traditional painting methods still reigned supreme until…

The 1990s brought significant improvements to wrapping. The quality was much higher, and it was now more efficient and cost-effective for smaller businesses. In this time, most vehicle adverts became wraps instead of paint. It lasts longer, it looks much better, and there’s a vast range of graphics that can’t be done with paint.

It’s hard to pin down exactly when it began, but in the early 2000s there was a massive boom in vinyl again — but this time for personal reasons, rather than advertising.

It suddenly became apparent that there was a whole untapped industry within car customisation: Wrapping.

So what are the benefits of wrap?

Well, there’s one big pro for a lot of people: wrapping isn’t permanent.

It can be a lot of pressure to decide on a permanent new colour for your car. The option to remove wrap is appealing to most people. Why commit if you don’t have to?

For those who’d like something a little more out there, like Wasabi Green or Roaring Thunder Flow (photos below), then being able to remove the wrap is a considerable incentive. As anyone who’s sold a car will know, it’s easier to pass on a vehicle that’s in a more neutral colour.

Vinyl wrap also protects your original paintwork from scratches and damage, making it look newer for much longer!

In fact, if you know you’d like a wrap, we’d always recommend buying whatever car you’re getting in black. It’s easiest to sell, and any remaining, unwrapped accents will go with whatever colour wrap you choose.

What does Auto Wrap Manchester think is the biggest pro to vehicle wrapping?

In the same way that your choice of clothes, hobbies, and home decor express parts of yourself; a car can be a massive expression of originality for lots of people.

Vinyl wrapping gives you the freedom to express your originality. And bonus – it’s less limited than paint and easier to change when you’re ready for something new.

If you’re looking for your car to represent yourself, then wrap is the way forward.

A History of Vehicle Wrapping